This Day 14 of #100DaysofHannah and #100DaystoOffload post brought to you by a conversation with a friend and Series 4 Episode 3 of Sherlock.

“No, not Bach. Clearly you don’t understand it. Play you.” - Eurus Holmes

When I was sent this quote nearly a week ago, I had honestly, to my dismay, forgotten about this final episode of Sherlock, and thus, the context of this statement.  That said, in the moment I was particularly struck by the first half of the quote - “No, not Bach.  Clearly you don’t understand it.”

As someone who has been involved with music from a young age, it would be natural to assume that music is a language that I understand.
But in looking deeper, I am appalled and ashamed by my shallow understanding.
So often, the songs that I choose to listen to are simply an echo chamber for my own emotions rather than an amplifier for the thoughts of their creator.

And so it is with life.
How often do I seek for my voice to be heard rather than listening for the whispers of others?
How often do I speak a language that I do not understand?

But isn’t that the beauty of music, or all artistic expression, really? A language in which each phrase, each stroke, each pause is filled with limitless meaning - endlessly available to the masses?
Or is that its curse? As a word with all meaning is equal to that with none.

The quote, however, doesn’t end there.

As anyone who knows me well could tell you, vulnerability and emotional availability are not among my top 268 talents (which is a post for another day), and so, music has long been my primary form of expression.  Like writing, it allows me to speak without saying a word.

I think my friend worded it perfectly in our conversation:
Music is a summation of their (the musician’s) being - performed to perfection.
The tragedy is that when they play, people only listen.  They can’t understand.
And so it falls on deaf ears.
Beauty in that shape, or any form, can only be marveled at if the one who expresses is heard in equal part.

For me, however, this deafness is not a tragedy.  Rather, it is the security that allows my soul to sing.
Because locked in the bars of melody lie the secrets few can see.

‘Til tomorrow: may your melodies soar, your symphonies sing, and your song be heard.

Question of the Day: Do you prefer to listen to music or play it?
Challenge of the Day: Listen to hear, rather than to be heard
Photo of the Day: Gotta love those southern storms! 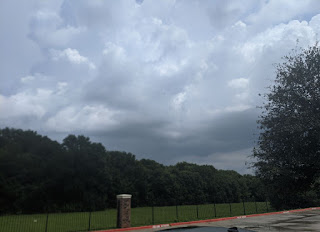 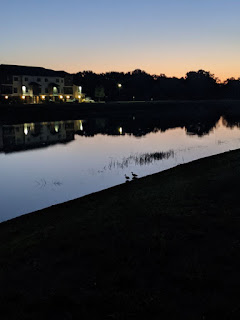